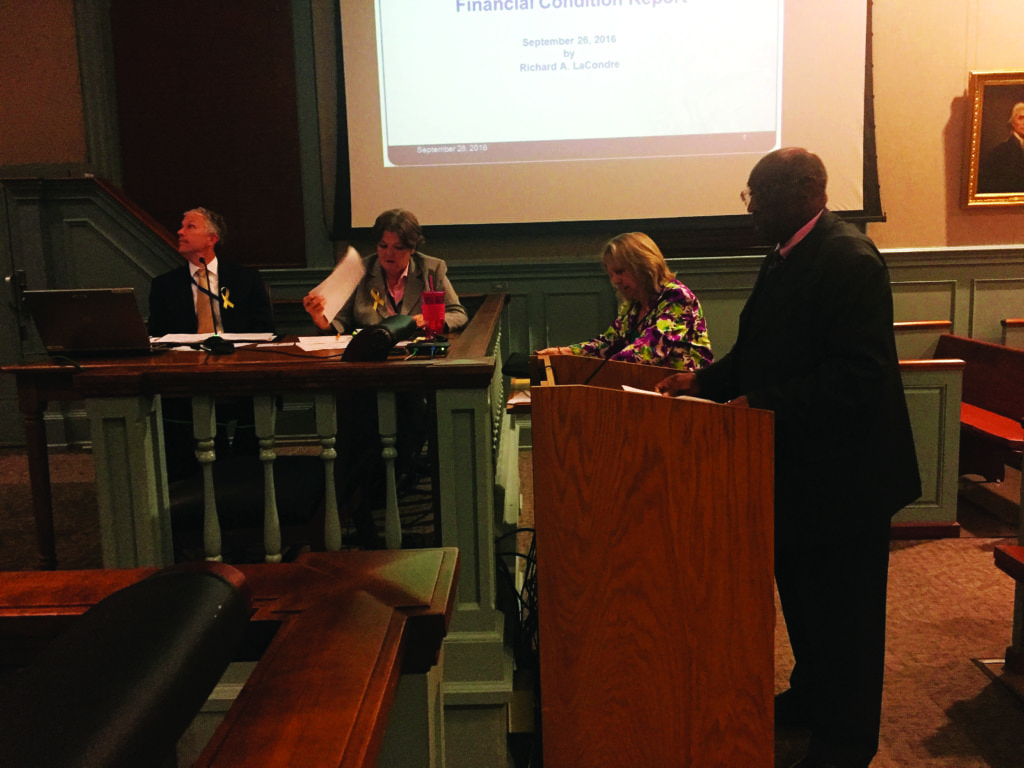 On the verge of the completion of the first three-month quarter of the City of Falls Church’s new fiscal year, the News-Press has learned that sales and meals tax revenues coming from the new Harris-Teeter supermarket smack in the center of the City are eye popping.

The official numbers could be available to the City Council as early as next week. Since its opening on July 27, the 85,000-square foot mega-store has been operating on all cylinders with a wide range of offerings from prepared hot food bars to organic veggies, a huge offering of wines and beers, a wine bar, a satellite Starbucks with second-level outside seating that looks over downtown, and lots of traditional grocery and related items.

While some citizens are leery that prices after opening promotions may begin to rise, many residents have been recipients of coupon promotions that offer $10 back for $50 of purchases.

The location has been busy most daytime and early evening hours with many recognizable Falls Church residents among its clientele, and is open 24 hours. It gets an additional boost from residents of the 286 rental units above it.

On the other hand, the fact that a corporate ownership change has resulted in the cancellation of plans for the Fresh Market slated to go into the soon-to-be-completed Lincoln at Tinner Hill mixed use project has left a hole in the City’s projections for revenues in the coming fiscal year, but apparently not that much.

But Chief Financial Officer Richard LaCondre said the impact would not be “not much” in remarks accompanying in his presentation of his Fiscal Year 2016 Year-End and Financial Condition report presented to the City Council Monday night. LaCondre is remaining in his position at City Hall until the end of October, when he plans for retire.

Another factor to watch will be the impact of the new Harris Teeter on other providers of similar services in Falls Church, the main case being the Giant Food Store in the 1100 block of W. Broad. Other nearby providers, such as two nearby Safeway stores on Lee Highway, are not in the City of Falls Church and whatever becomes of their sales and meals taxes will not impact the City.

The good news in LaCondre’s report for the fiscal year that ended June 30 was that the City collected $483,623 more than had been expected, taking in $81,587,581 compared to a projected goal of $81,103,958. This included a robust 4.4 percent increase in sales tax revenues and 3.1 percent increase in the personal property tax revenues.

Moreover, there are buoyant projections for the current year of a 7.7 percent increase in sales tax revenues, and a 42 percent increase in licenses and permits due from projects that have been approved and that are expected to begin construction later in this fiscal year.

Shields also announced that among developer voluntary concessions for school capital costs – including $680,000 received from the Northgate project and $2,035,481 due from the 301 W. Broad (Harris Teeter) project – a sum of $1,577,310 due from the Lincoln at Tinner Hill was in fact received on Monday. That was one fat check in the mailbox.

These benefits from new commercial and mixed-use developments in the city will be hard to ignore when the City’s Planning Department hosts a “visioning” session, encouraging citizen participation, this Saturday (Oct. 1) at 9 a.m. at the Columbia Bapist Church.

“We will need 4.5 percent growth in tax revenues in the coming fiscal year, and I am reasonably confident that we can hit that target,” Shields told the Council Monday.

With $15,166.910 sitting in the City’s “unassigned fund balance,” which some might call as “rainy day fund,” LaCondre recommended to the Council Monday that all revenues above the 17 percent (of the annual operating budget number) target for that fund be shifted over to the capital reserve fund, which now sits at $9,357,999. That amount is $921,000.

Overall, the City’s total fund balance, the capital reserves, encumbrances, inventory and prepaids, restricted grants and bond proceeds, committed to the next year’s budget, committed to building fees, the bike master plan and water post-sale expenses, in addition to the unassigned amount, totals $29,438.428.

While that’s a lot to be sitting in the bank, the capital projects of a renovated library, City Hall, the Mt. Daniel expansion and the prospects for a new high school make that sum pale in comparison.