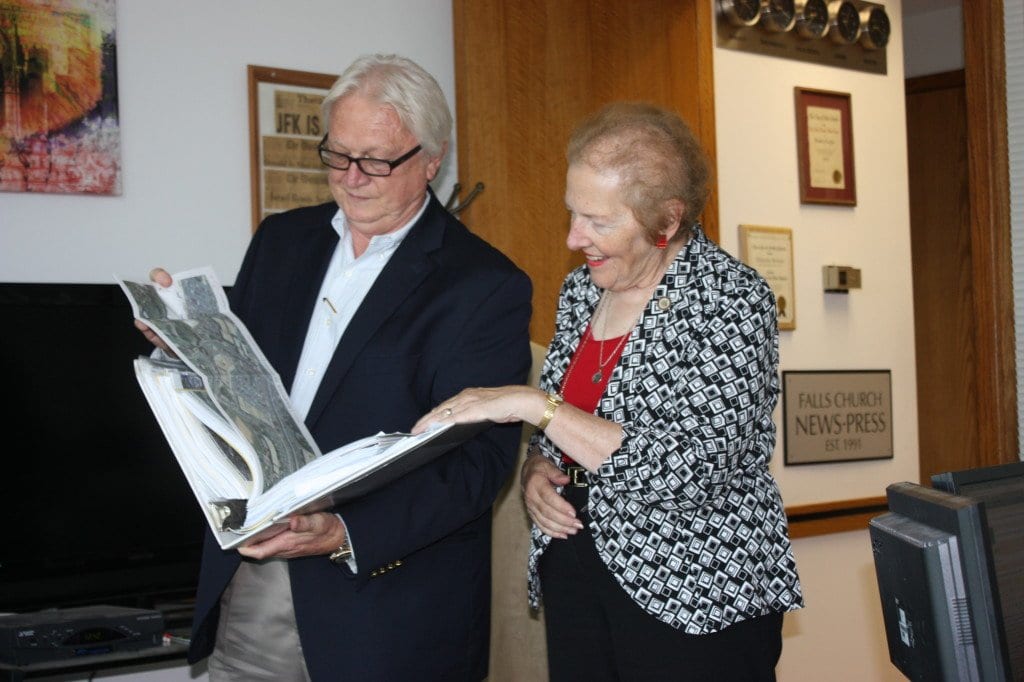 The chair of the Seven Corners Revitalization Task Force and Mason District Supervisor Penny Gross told the News-Press in an exclusive interview today that the task force, at its next meeting tomorrow night, may be asked to reconsider and revise plans for a “ring road” around the heavily-congested Rt. 7/Rt. 50 intersection to avoid crossing over into the City of Falls Church, altogether. A new plan in the works would bend the “ring road” behind the current site of the 24 Hour Fitness to keep it outside Falls Church City limits, avoiding the concerns of Hillwood Avenue residents of the City that developed heartburn over the earlier conceptual plan.

Another aspect of the new plan would leave it up to the City, entirely, whether it would extend the “ring road” in the City limits along the road that now runs behind the Eden Center to Roosevelt St. for quick access to the East Falls Church Metro. In that case, it would be the City’s responsibility to negotiate with Koons Ford and Eden Center property owners to make that happen. The new proposal, if brought up for consideration tomorrow, would need the full Task Force’s approval to substitute for the existing plan.