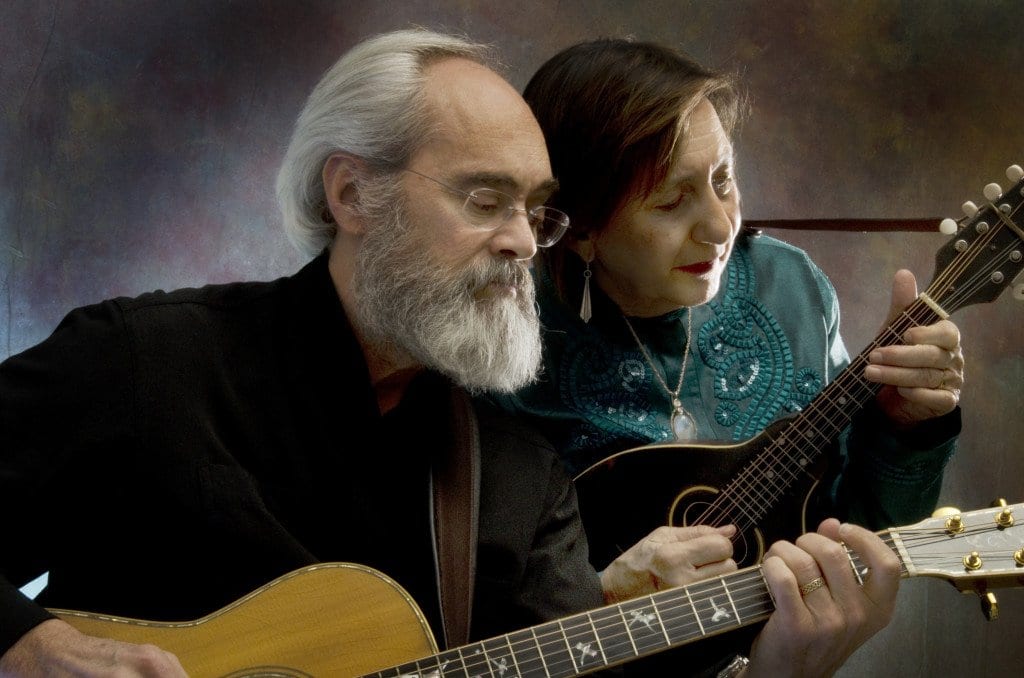 Greg Artzner and Terry Leonino of the folk duo Magpie became husband and wife in the ’80s, but the partnership that bore their marriage began many years earlier.

“We’ve been married since 1982,” Artzner said, to which Leonino jumped in and added “but musically married for 40 years.”

The duo will be celebrating the ruby anniversary of their musical marriage at The Barns at Wolf Trap next Saturday, Oct. 26, with a concert featuring songs from their newly released album Of Changes and Dreams.

It was only natural that the musicians married, Leonino says.

“When you play music together, it’s like sharing your soul,” Leonino said.

And the particular brand of music they play is one founded on their shared passion for humanitarian causes, issues like social justice, environmentalism, civil rights, and human rights. It’s that foundation, the pair agrees, that has helped to keep them going for the past four decades.

“We are bigger than we can be by ourselves,” Leonino said. “When we put our gifts and out efforts together it’s something bigger than both of us.”

Artzner says they have friends who joke that they could never work with their spouse, but the couple forges ahead because of their shared commitment to social change.

“You have your up days and your down days, but mostly we’re so committed to what we do, that if we have any type of disagreement we just work it out,” Artzner said. “It’s too important. Any argument we might have is trivial by comparison to the importance of what we’re doing.”

Their upcoming show at The Barns will be a homecoming for the pair. Magpie was founded in 1973 in Ohio, but soon after the pair moved to the Washington, D.C. area, where they built a career in musical performance and education for more than 34 years. They now live in the northern Catskill Mountains, but find themselves frequently in the D.C. area for programs with the Smithsonian Institution and Wolf Trap.

Audiences at The Barns will hear songs from the duo’s latest album, Of Changes and Dreams, for a performances Leonino says will showcase Magpie’s “versatility and variety,” from a catalog including a range of styles such as swing, classic country, and blues. Leonino describes the new release as a tribute to the artists who’ve inspired them, who’ve promoted their activism, and, in some cases, who’ve become friends. The album is specifically dedicated to Pete Seeger, and his wife Toshi who died this summer. Pete Seeger plays banjo on the album, among a host of guest performances by artists such as Grammy-winning folk singer Tom Paxton.

The duo looks forward to a schedule of teacher training and music programming as the school year starts, as well as playing shows on the folk music circuit. Whatever else the future brings, Leonino knows she can count on one constant: that Magpie will work toward improving society.

“We are so passionate about what we do,” Leonino said, “that for 40 years we’ve dedicated our lives and committed ourselves to trying to make some important social changes with our music and with our lives and activism.”