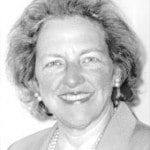 The Indian Treaty Room in the Old Executive Office Building is a magnificent example of late 1800s architecture, with an English Minton tile floor, cast iron railings around the second-floor balcony, and Italian and French marble wall panels throughout. This grand old room hosts small meetings and receptions, overlooking the White House grounds. While we were there, the Marine One helicopter picked up President Obama and carefully took off a few minutes later with its notable cargo.

The occasion of our visit was a meeting of board members of the National Association of Regional Councils (NARC) with White House staff and agency representatives, to discuss the challenges of transportation, housing, and climate issues that are shared among the regional councils across the country. The meeting was held the morning after President Obama’s State of the Union address, and administration representatives were both fatigued and excited, but certainly up to the test. White House staff reiterated some of the themes of the speech – creating a stronger middle class, infrastructure, immigration reform, and reducing gun violence – and emphasized that the President is fighting to move forward. There was a lot of opportunity for dialogue with the 30 NARC members around the table.

Department of Housing and Urban Development staff focused on sustainability and regional economic competitiveness, issues that regional councils face when acting as conveners of local jurisdictions and addressing mutual challenges. Transportation staff noted that safety is still the number one priority for transit programs, and hoped that more funding would be available in future transportation bills that might be enacted by Congress. NARC members discussed barriers to federal programs – including a desire to streamline the grant process, suggesting standardized paperwork, boundaries, and requirements. Council on Environmental Quality staff noted their delight that President Obama discussed climate in his speech. Energy efficiency and productivity, as well as land and water policy and the affordability of drinking water, were discussed briefly as our allocated time was rapidly approaching, and NARC members are receptive for future discussions.

The opportunity for NARC members from around the country, representing large urban councils as well as smaller agricultural areas and everything in-between, to have real dialogue with administration officials was especially important as growth, sequestration, and tight budgets vie for attention and solutions by all concerned. I was especially impressed by the bright, enthusiastic, and well-informed cabinet and administration staff who are formulating and directing vital policy issues for the nation. Their commitment, diversity, and forward-thinking approach serves this nation well.