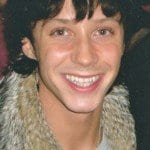 “No honey, I told you, you have to skate faster so you can jump higher and finish all the rotations.” “But mom, my coach said that I need to skate slower into that jump so I can control my body easier.” “Well your father and I spend thousands of dollars a year on this hobby, I sit and watch you every day, and I am your mother, I think I know what’s best. Now, skate faster, jump higher and land your jump so we can go, I have a manicure at four o’clock.” The little girl in the pretty dress falls five more times trying to do what her mother has told her before the bellowing voice of the tiger mom screams across the ice arena in front of thirty other little girls, “Annabel, that was terrible, we’re leaving!”

“But mom, the last lesson I had with him he was really mean to me and he shoved me and I fell when I didn’t score the goal.” “Charles, you’re acting like a girl. Are you going to cry now, like a little girl? If you don’t want to play hockey anymore then just say it, and I’ll tell your father.” “All I want to do is play hockey mama, but this coach is not good for me.” “Do you think your father working until ten at night is good for him? Do you think I don’t have better things to do than sit in a cold ice rink and watch you suck? Get your act together or I’ll punish you when we get home and I’ll book more lessons with your coach. Hold on a second, Annie’s calling.” The little boy of about nine is in hysterics, and his mother, manicured hand outstretched with one finger pointing at Charles’s face, is giggling to Annie.

In all my years in athletics, I have been witness to some amazing family dynamics. You have the supportive parents whose only goal is to help their child succeed and be proud of coming in last as long as they did a good job, and then you have the parents who beat their kids in the parking lot if they lose the race by half a second or resort to public shame by screaming that their kids are idiots or disgusting if they fail to score that crucial goal in an under-9 hockey game. When you’re the kid you don’t understand that your parents or your friends parents are crazy, but as I’ve gotten older it is unnerving how many parents are putting their own hopes and dreams into their kids and how often physical and verbal abuse are written off as “being a tough parent willing their kid to succeed.” What these “tough parents” are, are stage parents.

It’s long been written that legitimate stage moms are of the acting, singing and dancing set. There hasn’t been too much controversy over being a tough parent when your kid is an athlete simply because being tough works for sports. There has been a lot of controversy over the raising of the pint sized beauty queen, Honey Boo Boo, but if you have an issue with the honest love and support Boo Boo’s mom gives her in every scene and call it “child abuse,” then I urge you to head to your local ice arena or football field to see what a real stage parent is all about.

Both of the aforementioned situations happened just yards from me, at my place of work, a public ice arena. I don’t meddle in other peoples child rearing techniques as I am not yet a parent and of course I don’t know the whole back stories of these families, but in both situations it took everything I had not to say something. I can only urge the parents of athletes to instill strong work ethic, mental toughness and the fact that no matter what, you are loved in their children. Let your kids dream for themselves, they can’t fulfill your broken dreams. Michael Phelps didn’t become the greatest athlete in history by having a bully for a mother.