A Poem About War

How do you write a poem about war?

Do you remember where you were on April 4th, 1968, when you heard the news that Dr. Martin Luther King, Jr. had been assassinated in Memphis, Tennessee? I certainly do! That night I was staying with new friends in a Black section of Augusta, Georgia, as part of an interracial group of students, all members of the Bahá’í Faith, who had traveled to Georgia from Massachusetts over their Easter break to work on community development. As unrest roiled the streets below our apartment and some in the crowd chanted “kill whitey,” the contrast between Dr. King’s vision of a better America and the injustice against which he fought until his dying day seemed particularly stark. 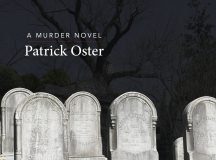 Patrick Oster lived in the Washington area for ten years covering the White House, State Department, and CIA as the Chicago Sun Times’ Washington Bureau Chief. He became managing editor at “Bloomberg News” and is now that venue’s obituary writer. A writer of fiction thrillers such as “The German Club” and “The Hacker Chronicles,” his most recent novel release is “The Obituary Writer.”

From Culmore to Harvard: A Dreamers Experience

I can vividly remember the day I sat on the floor outside of an acute care unit in which my 52-year-old father was having emergency surgery. I watched a small team of paramedics bow their heads in anticipation and sorrow. 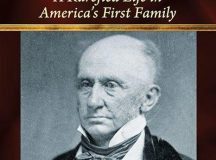 There are multiple reasons that Charles Clark’s biography of George Washington Parke Custis should be read by historians and anyone with an interest in American history, especially Virginians, including those living in Arlington County.

So What Just Happened? An Evaluation of This Month’s Election Results

As Democrats scramble to learn the lessons of the recent election, here are a few to consider:

A Penny For Your Thoughts

Disposable plastic bags were castigated and praised at a public hearing last week as the Board of Supervisors considered a new ordinance to impose a five-cent-per-bag tax in the county. Enabling legislation passed by the Virginia General Assembly in 2020 authorizes localities to adopt such an ordinance; two cents of the tax is retained by the retailers, with that amount dropping to one cent in January 2023.

A Penny for Your Thoughts: News of Greater Falls Church

“Wandering” shopping carts are an ongoing problem in the Bailey’s Crossroads area and other commercial sectors of Mason District. Shopping carts, once the exclusive province of grocery stores, are provided as a convenience at many popular shopping centers.

A Penny for Your Thoughts: News of Greater Falls Church

Last week’s Democratic National Convention proved, perhaps surprisingly, that the political process can be well-served, and well done, without all the hoopla that usually frames the selection of a party’s candidate for the presidency.

Bijan should not have lost his life. Tony should not have been imprisoned with no hope of parole. Real people like Bijan and Tony and their families are victims of an unforgiving and racist system. We have an opportunity now to change — we must take it.