City of F.C. Hit With $200,000 in Fraudulent Assaults on Bank Accounts

Last week, bank accounts of the City of Falls Church and its School System were hit with over $200,000 in fraudulent withdrawals, City Treasurer Jody Acosta reported to the News-Press today. Neither the City, the schools nor any individual entity doing business with them will be held liable for the stolen money.

Hearing Announcement: The Economic Toll of Gun Violence: How Our Nation Bears the Costs

A hearing before the U. S. Congress Joint Economic Committee will be held on Wednesday, July 20, 2022, at 2:30 p.m. ET, in room 1300 of the Longworth House Office Building. Chairman Donald S. Beyer Jr. will preside. 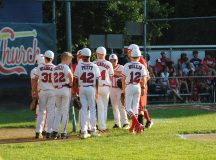 A new Five Guys location is now open at 913 W. Broad Street where Einstein Bros. Bagels once operated. Five Guys specializes in customizable burgers, hot dogs, fries with the option of Cajun spice, and milkshakes. Dining, takeout and delivery service are all available. 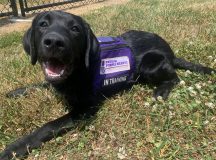 It’s safe to say that humans have done a lot to make sure their furry friends get the care they need. Whether it’s making sure they are in a healthy home or taking a trip to the vet, owners are almost always willing to put their pets’ needs in front of their own. However, this role can be taken on by the animals themselves when it comes to making sure their human is receiving care as well.

Look at that face, those pleading eyes, that nose that kept you company all through the pandemic. Now explain to Cooper why it is so, so important that you return to the office — leaving her alone all day, after two years of 24/7 togetherness. Because … what? Company d’esprit? 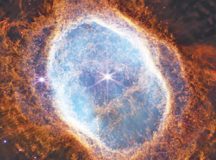 Editorial: The Miracle of the Webb Telescope

This has been a stunning week for historically novel and profound new developments in our collective national and species history. Topping the list is the flawless execution of the newly-activated James Webb Space Telescope that has begun sharing with the entire human race images from deep space orders of magnitude more revealing than anything anyone on this planet has ever before seen.

Guest Commentary: Retired Falls Church Veterinarian Reflects on the Benefits of Having a Pet

The first animals were domesticated about 12,000 years ago. Animals were used for food, hunting and protection. The person who first used a horse to hunt had a huge advantage over everyone else.
Eventually things changed and animals became more than beasts of burden. They became domesticated and filled a far different role. These animals, especially horses, dogs and cats, became much more than tools or food, they became an integral part of the families they lived with.