Latest from the News-Press 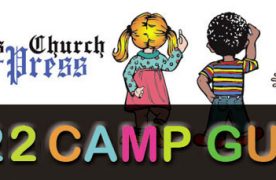 U.S. Representatives Jennifer Wexton, Don Beyer and Gerry Connolly, and Senators Tim Kaine and Mark Warner (all D-VA) issued the following statement on the release of U.S. citizen and Virginia resident Asim Ghafoor from detention in the United Arab Emirates (UAE), where he had been since July 14, 2022.

Rep. Don Beyer, Chair of Congress’ Joint Economic Committee and a member of the House Committee on Ways and Means, spoke yesterday during debate on the House Floor on the Inflation Reduction Act. 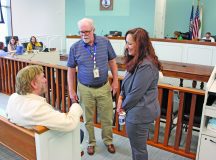 Back To School: Important Dates to Know for Students, Families and Staff

With summer drawing to a close, Falls Church City public schools are gearing up for the arrival of students and staff to begin yet another eventful school year. But before the first day of classes begins, however, some schools have upcoming dates and events that are helpful to students and their families, as well as staff members.

Media narratives are driven by trajectory. Things get better or worse. People rise and fall. Maybe there is an upstart sensation who threatens the establishment. Maybe there is a spectacular fall from grace.
Maybe there is a comeback. Regardless of the story, the direction of movement is what matters. 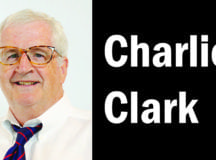 Our Man in Arlington

Got a home owning problem or a beef over county services? Ombuds Ben Aiken may be your man (person). “In the last several years, we’ve been using ‘Ombuds’ rather than the ‘Ombudsman’ title to avoid gender-exclusive perceptions about the job,” said the eight-year, multi-position county employee whose official title, he told me, since autumn 2018 has been director of constituent services. 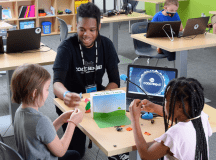 As the school year starts soon (Monday, August 22 for Fairfax County and Monday, August 29 for Falls Church City Public Schools), parents will again be looking for further ways to enrich their child’s educational experience while also helping them develop better communication skills with their peers and have fun in the process. 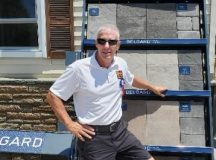 You’d be hard pressed to find a business owner who is more hard working, admired, team-oriented, innovative, loyal and beloved than Steve Sisler of Sislers Stone. Steve retired in mid-July as CEO from his family-owned and, until his departure, family-operated business.